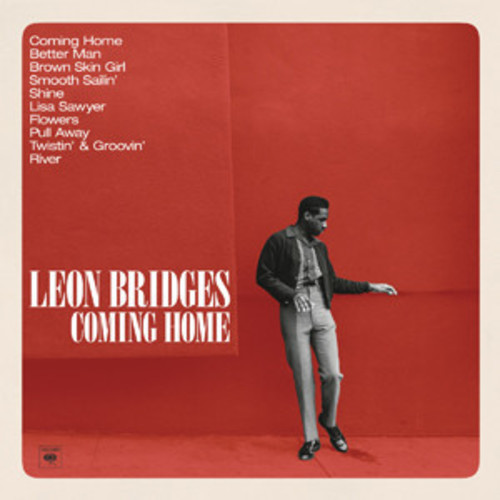 Leon Bridges is the 'out of almost nowhere' story that only comes along once in a while. Awareness of Leon Bidges and his unique craft continues to grow authentically and consistently. It was only last summer that Leon was singing open mics in his hometown Fort Worth, TX. One of those open mics was attended by Austin Jenkins and Josh Block of the notable indie band White Denim who were absolutely floored by Leon's voice, songs, and creative vision.

They soon after set-up shop in a makeshift studio and recorded the album's opener "Coming Home" completely live to tape. This first take is exactly what you hear opening the album. The remaining 9 songs followed in a burst of creativity and inspiration.

Leon was the breakout artist of 2015's SXSW, and performed to capacity crowds at A-level events including Heartbreaker at Willie Nelson's ranch, the Gorilla-vs-Bear HypeHotel showcase, Spotify House and Saint David's Church. His soulful, movement based performances and adept backing band garnered strong reviews from a variety of top-level media including the New York Times, Billboard and Grantland amongst many others.