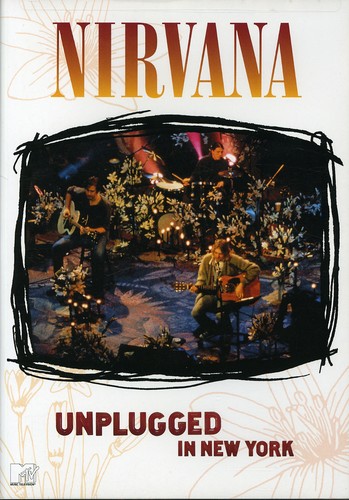 Kurt Cobain loved to confound his fans' expectations during his brief stint in the spotlight. So when Nirvana gathered in New York City on November 18, 1993, he had another trick up his sleeve-an acoustic performance of the raw, ferocious grunge songs that propelled the band to stardom. The results were startling, and for many viewers a hidden depth to Cobain's songwriting talents were revealed as gentle renditions of NEVERMIND staples such as "On a Plain" and "Come As You Are were stripped down and performed for a specially invited audience. Among the many highlights is th performance of "Jesus Don't Want Me for a Sunbeam which was originally by Scottish indie-pop group longstanding favorite of Cobain's) the Vaselines; stunning opening in the form of the BLEACH-era track "About a Girl"; and a selection of songs originally performed by underground rock act the Meat Puppets. This release includes the entire performance, and is supplemented by some rehearsal footage for the sessions and a couple of tracks that weren't originally broadcast by MTV. Star Nirvana Special Features: Full Frame Format.
back to top