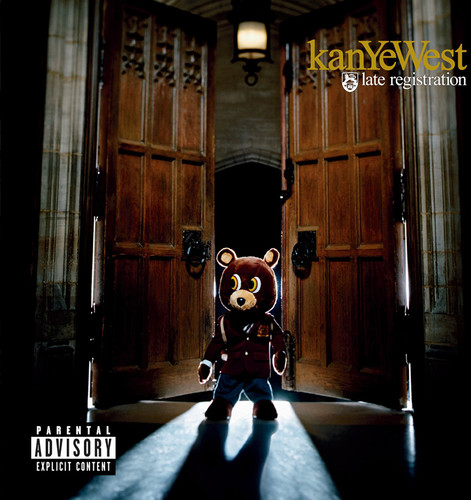 Late Registration is the second studio album by American hip hop artist Kanye West, released on August 30, 2005, by Roc-A-Fella Records. Recording sessions for the album took place over the course of a year at Record Plant Studios, Chalice Recording Studios, and Grandmaster Recording Studios in Hollywood, and at Sony Music Studios in New York City. West collaborated with American record producer and composer Jon Brion to produce Late Registration, and the album features guest contributions from artists such as Jay-Z, Common, Lupe Fiasco, Jamie Foxx, Nas, Brandy, and Adam Levine, among others. Upon it's release, Late Registration received rave reviews from music critics and earned West several accolades, including a Grammy Award for Best Rap Album at the 2006 Grammy Awards and an Album of the Year nomination. It appeared at the top of several publications year-end lists of top albums. Rolling Stone named it the best album of 2005, and included it at number 118 on it's list of the 500 Greatest Albums of All Time in 2012.
back to top