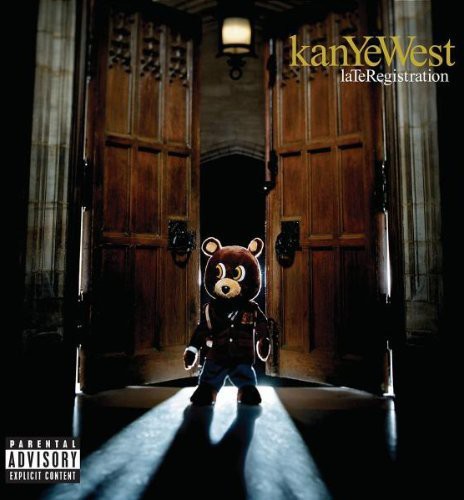 The album debuted at number one on the U.S. ''Billboard'' 200 chart, selling 860,000 copies in its first week. It ultimately sold three million copies in the United States and spawned five singles that attained chart success. Upon its release, ''Late Registration'' received general acclaim from most music critics and earned West several accolades, including a Grammy Award for Best Rap Album at the 48th Grammy Awards. It appeared at the top of several publications year-end lists of top albums. Initially naming it the best album of 2005, ''Rolling Stone'' ranked the album number 40 on its list of the best albums of the 2000s decade. - Wikipedia

Props to the rap game's flashiest nerd for pointedly reminding jewelry addicts about the African blood spilled for their bling with "Diamonds From Sierra Leone." You know what to expect: well-deployed chipmunk-voiced soul samples, witty and conflicted rhymes about hip-hop materialism, a John Mayer guest spot, the unexpected.
back to top