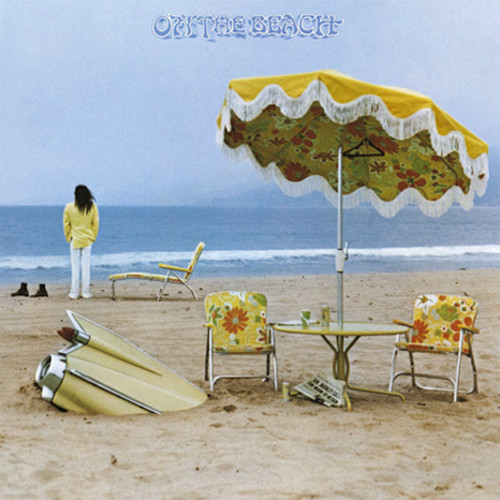 Vinyl LP pressing. On the Beach is the fifth studio album by Neil Young, released in 1974. Recorded after (but released before) Tonight's the Night, On The Beach shares some of that album's bleakness and crude production-which came as a shock to fans and critics alike, as this was the long-awaited studio follow-up to the commercially and critically successful Harvest-but also included hints pointing towards a more subtle outlook, particularly on the opener, "Walk On". Much like Tonight's The Night, On The Beach was not a commercial success at the time of it's release but over time attained a high regard from fans and critics alike. The album was recorded in a haphazard manner, with Young utilizing a variety of session musicians, and often changing their instruments while offering only bare-bones arrangements for them to follow (in a similar style to Tonight's The Night). He also would opt for rough, monitor mixes of songs rather than a more polished sound.
back to top