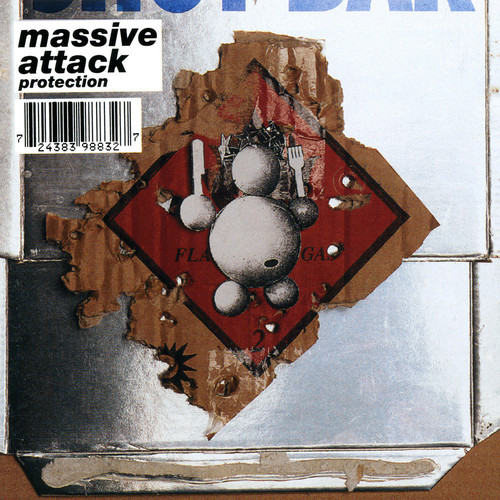 Limited 180 gram vinyl LP pressing. Protection is the second album by Bristol-based trip hop collective Massive Attack. Released in 1994, it was last to feature Tricky as a member of the group. Protection was featured in the Top Ten of Rolling Stone magazine's 'Coolest Albums of All Time List', calling it "great music for when you're driving around a city at 4 am," due to the 'chill out' nature of the album. Like most of Massive Attack's albums, the music often defies categorization, ranging from R&B to hip hop/rap to reggae-tinged synthpop to classical-influenced electronica instrumentals. The album follows Blue Lines structurally, to the point that the font used on the cover of the album is the same.
back to top