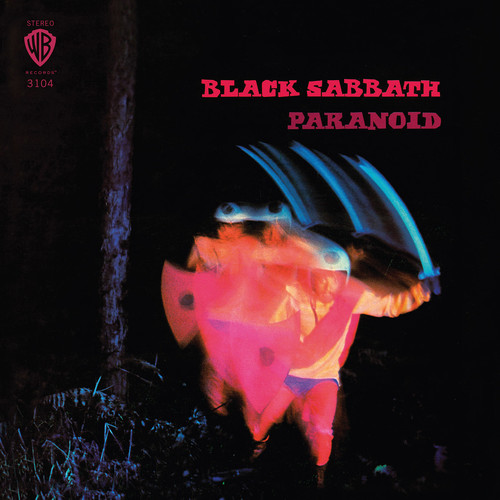 Limited 180 gram black vinyl LP pressing. Digitally remastered edition. Paranoid is the second studio album by English metal band Black Sabbath. Released in September 1970, it was the band's only LP to top the UK Albums Chart until the release of 13 in 2013. Paranoid contains several of the band's signature songs, including "Iron Man", "War Pigs" and the title track, which was the band's only Top 20 hit, reaching #4 in the UK charts. It is often regarded as one of the most quintessential and influential albums in heavy metal history. Black Sabbath was formed in Birmingham in 1968 by guitarist and main songwriter Tony Iommi, bassist and main lyricist Geezer Butler, singer Ozzy Osbourne, and drummer Bill Ward. Black Sabbath is often cited as pioneers of heavy metal music. The band helped define the genre with a clutch of groundbreaking albums in the '70s. They have sold over 70 million records worldwide. Black Sabbath were inducted into the UK Music Hall of Fame in 2005 and the Rock and Roll Hall of Fame in 2006.
back to top