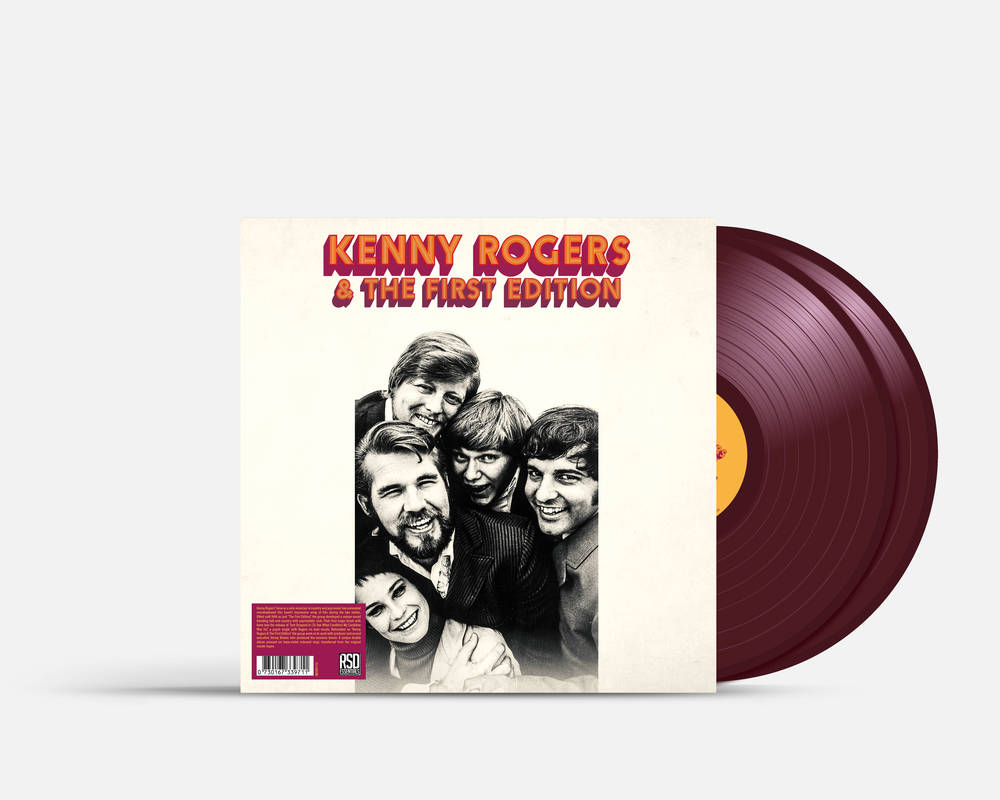 Indie Exclusive * Kenny Rogers fame as a solo musician in country and pop music has somewhat overshadowed this band’s impressive array of hits during the late sixties. Billed until 1969 as just “The First Edition”, the group developed a unique sound blending folk and country with psychedelic rock. Their first major brush with fame was the release of "Just Dropped In (To See What Condition My Condition Was In)", a psych single with Rogers on lead vocals. Rebranded as “Kenny Rogers & The First Edition” the group went on to work with producer and record executive Jimmy Bowen who produced the sessions herein. A unique double album pressed on trans-violet colored vinyl, transferred from the original master tapes.
back to top