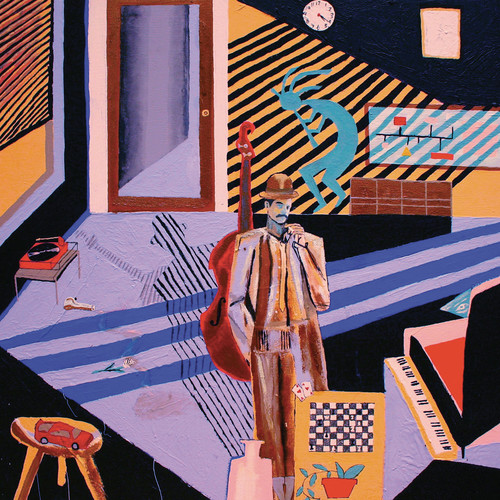 Following on the mellow buzz generated on their 2015 debut album, Timeline, The Mild High Club returns this summer with their second full-length, Skiptracing. In just over a calendar year, it's been quite the journey for Alexander Brettin, who is both founder and member of the Club. Brettin admits that for the first Mild High Club album he resorted to vague lyrics so as to highlight the music itself. But for Skiptracing there's both a heightened thematic aspect as well as more complex musical arrangements encasing it. In Brettin's estimation, the album's story arc is that of a "private investigator attempting to trace the steps of the sound and the spirit of American music." And in investigating the spirit of American music, The Mild High Club re-imagine AM radio hits as blasting in from a parallel universe, the sound of early 70s LA in a smog of sativa. If Todd Rundgren was the primary touchstone for Timeline, Brettin and band now look to the wry, trenchant wit of Steely Dan, gazing deep into the dark underbelly of sun-bright LA and coming away with a catchy song underpinned by slippery jazz phrasings. It's a cosmic connection that tethers The Mild High Club to fellow sonic brethren like Ariel Pink, Tame Impala, Unknown Mortal Orchestra, Connan Mockasin and more.
back to top