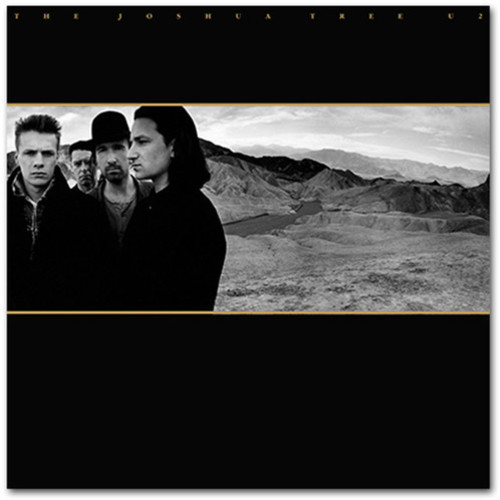 U2 1987-2017: The Joshua Tree 30th Anniversary Edition Celebrating the thirtieth anniversary of it's 1987 release, it's the ultimate collector's edition of The Joshua Tree. - Time Magazine put U2 on it's cover in April 1987, proclaiming them "Rock's Hottest Ticket" in a defining year for the band that saw their arena dates roll into stadium shows to accommodate escalating demand - setting them on course to become one of the greatest live acts in the world today. - The 12 months that followed saw the band create now-iconic moments: the traffic-stopping Grammy Award-winning music video on the roof of a Los Angeles liquor store, winning a BRIT Award and two Grammys - including Album of the Year - their first of 22 received to date, distinguishing U2 as the most awarded rock band in Grammy history; as well as a triumphant return home with the original Joshua Tree Tour for four unforgettable shows in Belfast, Dublin and Cork in the summer of 1987.

U2 - Where The Streets Have No Name (Official Music Video)